Most of us encounter a “devil” at least once in our lives. And some of us are a “devil” ourselves. 😉 In this blog, I want to share my experience with one such person who I refer to as the Difficult Devil (hereinafter referred as “DD”) and how I built rapport with her.

The Days of Disagreement

Well, what can I say; to begin, DD and I started off on the wrong foot. When she came onboard, replacing a key stakeholder, the project was already in a mess. There were a lot of tension between the different parties (outsourced team, in-house team, stakeholder team, IT team) involved in the project. As the Project Manager, there was intense pressure on me particularly (needless to say).

Often, DD and I had disagreements; I was struggling to get along with her, let alone respect her. We don’t see eye to eye and I simply hated attending meetings with her in it. I didn’t appreciate the tone of her voice when she speaks to me, and the way she puts her message across.

And then one fine day, I discovered NLP for myself. Boy, am I glad (and grateful) for NLP coming into my life, as it opened up my map of the world. Especially so when I learnt the presuppositions of NLP; principles by which we NLPers model by. One such NLP presupposition that I particularly adopted in this situation is:

Beneath every behaviour, there is a positive intention.

When we understand that people have positive intention in what they say and do (however annoying and negative it may seem to us), it can be easier to move past anger and start advancing forward.

My Commitment to Rapport

Thus, with that realization, I thought to practice my NLP skills on DD. I mean, why not, right? Now, Rapport is a significant NLP technique in this case to help me achieve the outcome that I wanted. My outcome was:

I want to establish an empathetic relationship with DD, based on trust.

In NLP, Rapport is the quality of a relationship of mutual influence and respect; a harmonious relationship where both are communicating well.

I committed to build such a relationship with DD. The next time I met with her, I consciously aimed to match (and mirror) her movements and gestures, her voice (including that tone that I hate so much) when in meetings or in a discussion with her. It was tough at first, mindful of not forcing thru the resistance. I didn’t give up and kept at pacing her, giving it time. Now, it is important to get DD to feel in alignment with me and feel connected to me. Eventually, she let up and I was leading her. Yippee!

When 2 persons are in rapport, we have respect for each other’s map of the world. Instead of judging, we approach differences between our maps with curiosity, by entering the other person’s world and understanding the situation from their view.

What Mattered in the End

I too had a devil in me. Hence, to recover rapport I also had to push back the devil in me and bring out that part of me that wants mutual respect for her map of the world. And I had a genuine interest in her only because she was my key stakeholder and maintaining rapport with her was paramount to the success of the project.

That is all that matters.

Wonderful isn’t it? With NLP, you can respect and influence even a “devil” 🙂 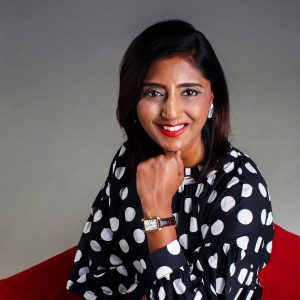 I’ve a passion to reach out and lift people up to their prime selves. I guide you in the journey of where you want to be. It's not just about achieving your Desired Outcome; it's also becoming that person that you need to be to live your own story.

…drop me a note and I will respond to you at the soonest.

Command & Control Your State
Next Post: Change the way you feel and the world you feel will change

This website uses cookies to improve your experience while you navigate through the website. Out of these cookies, the cookies that are categorized as necessary are stored on your browser as they are essential for the working of basic functionalities of the website. We also use third-party cookies that help us analyze and understand how you use this website. These cookies will be stored in your browser only with your consent. You also have the option to opt-out of these cookies. But opting out of some of these cookies may have an effect on your browsing experience.
Necessary Always Enabled
Necessary cookies are absolutely essential for the website to function properly. This category only includes cookies that ensures basic functionalities and security features of the website. These cookies do not store any personal information.
Non-necessary
Any cookies that may not be particularly necessary for the website to function and is used specifically to collect user personal data via analytics, ads, other embedded contents are termed as non-necessary cookies. It is mandatory to procure user consent prior to running these cookies on your website.
SAVE & ACCEPT
0
0
Your Cart
Your cart is emptyReturn to Shop
Continue Shopping